Alex Kaprano from Franz Ferdinand looks angelic with a leaf of backlight through a skylight in his band’s studio in Glasgow. Although the video connection is a little fuzzy, he can spot the cover of the single “Do You Want To” hidden in the back of this writer’s desk.

“That’s my friend Roxanne Clifford, who was in Veronica Falls,” the 49-year-old says of the woman on the cover. “She also took the very first photos of us, the ones that were inside the first album. I think there’s a photo where I jump off an amplifier, but sorry, I digress.

One thing you should know: Alex Kapranos doesn’t like looking back at all; it’s all about the future. Over five albums since the eponymous 2004 breakout, Franz Ferdinand has steadily (and sometimes not so steadily) evolved. There was never an attempt to write a second “Darts of Pleasure” or “Take Me Out”. Few of the band’s original sounds exist from the 2018s Always growing. 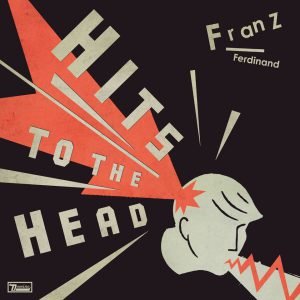 Franz Ferdinand, “Blows to the Head”.

But he’s trying now because Franz Ferdinand is about to release his new retrospective, Head shotsa collection of 20 hit tracks and other songs close to the band that he, bassist Bob Hardy (41) and new members Julian Corrie, Dino Bardot and Audrey Tait have selected.

“I’m not a nostalgic person, and I don’t really like these conversations that people have, like, ‘Do you remember when, blah blah blah?'” Kapranos says. “I love looking to the future and especially as an artist, which I think is why the album is the way it is.”

He talks about the two new singles from the album, “Billy Goodbye” and “Curious”, which Franz Ferdinand recorded just before sending all the songs to the pressing plant. Kapranos separates the retrospectives into two groups. The first is someone’s complete work and life. The second is for artists who continue to create and grow.

“Me, just before the pandemic, I went to a Francis Bacon retrospective at the Pompidou in Paris. And I loved it, but it’s like a retrospective in the sense that everything has passed, where you look back on life and its finished end,” he says. “I went to see Martin Creed at the Armory in New York or Tracey Emin at The South Bank in London, and both of those artists were living artists, and you saw from their first debuts with them both, there was work from their time in art school, again, to the present day. These retrospectives work as a way to understand the past, bring us to the present, and then understand what the future could be and get excited about the future. Because it’s the future, as I keep saying, that’s what excites me the most. This allows us to go back in time to look to the future.

With that mindset, RIFF asked Kapranos to list his favorite career retrospectives by other artists, as well as what would make the cut for a retrospective of Franz Ferdinand’s lesser-known songs, B-sides, and more. rarities. 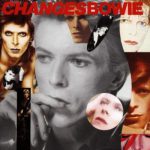 “Well the one for me when I was a kid that was a big one was Changesbowie [by David Bowie]. I love this album, very inspiring for me and also interesting because I think the “Bowie singles” and the “Bowie albums” are different characters. Changes has a very different personality than all of his other albums.

Same Ziggy Stardustwhich is like the kind of album where every song feels like it could almost be a single, but it’s basically a period, whereas Changes just feels like a masterpiece. It’s amazing and also what I like in a good retrospective is seeing two things: the progress of the work, and seeing the evolution, and in his case, exploring different sounds and identities. 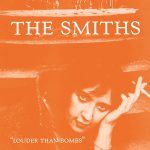 “Stronger than the bombs” of the Smiths.

The next I would say is louder than the bombs by the Smiths. I love this album. I can listen to it as a full-fledged album, and I don’t really need to consider it a compilation. I had all the Smiths albums when I was younger. I still have them, you know. … It was great. It always puts me in a good mood.

The next two are the Red and Blue Beatles albums just because they were such a big part of my childhood growing up. Massively inspiring.

The Beatles’ “Red” and “Blue” albums

The next one—I wonder if it’s one of the greatest hits of all time—which is Queen The biggest hitsthe first volume. Again, a big album for me as a kid. My parents weren’t the kind of people who had a lot of money to spend on records, so they had greatest hits records. I love how they were a glimpse into an artist’s life. My mother could never have been [bothered] featuring the most obscure album tracks from a Queen album. She just wouldn’t have liked them, but Queen’s The biggest hits was great for her, and I like the kind of egalitarianism and anti-snob nature of a greatest hits album. 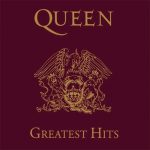 It’s like, ‘I don’t care if you’re not really into music. If you just want to enjoy the hits, that’s fine; that’s great! Take advantage of it; It’s awesome.’ If you’re not like that, if you’re into B-sides, obscurities, and demos, damn you like that too, but one approach isn’t necessarily superior to the other. 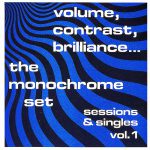 I would say, Volume, Contrast, Shine…The Monochrome Set compilation of all the early singles and such, because a lot of those songs didn’t end up on albums and things that are in that form, and I love The Monochrome Set. There aren’t enough people who know them, and I love talking to them because they’re a brilliant band, and kind of criminally underrated; Bid, Lester Square, they were great songwriters. I wish more people had them in their lives because it would make their lives better.

On a retrospective album by Franz Ferdinand of B-sides

It’s a record that I would like to make. I really think we should. I like the idea of ​​making a Blows to the back of the head or something like that. I feel like there are a lot of songs that I really love that never got the exposure that a single or an album track would get. songs like “L. Well,” for example… which was a B-side with “The Fallen”. We used to play it live around our second album, and it always sounded like such a big song live. A lot of fans really connected with this song. “Love and Destroy” is another.

“Buy Blood” and “Fandango” on the first EP. There are also other songs, which have never been released, that I would love to release. When we recorded the first album, there was a version of “I can’t stop feeling” we recorded for this album with a totally different melody for the instrumental part and a totally different delivery. For the second album, there was a version of “Light That Up” which we never included, and we did a different version on the third album.

On the fourth album, there was a song called “scarlet and blue, that we played a lot live at that time, that we recorded, but I never liked the versions that we mixed or recorded. I deliberately wouldn’t release it because I felt it wasn’t as good as it should have been. But really, it should have been the first single from this album. It was by far the most single-type song we’ve done.

Also off this disc, there were two songs that ended up on the BNQT album: “Hey Banana” and “Fight the world.” I would like to release the original versions, which we recorded. There was also a version that we recorded, or that I certainly demonstrated, of “Little Boy from the Suburbs” [off the Franz Ferdinand Sparks (FFS) album] which was much more of an upbeat disco banger, which I wish we had kept that way. I feel like recording it as an acoustic song really wasted it. I would like to release this version of this song.

I can see it’s at least 20 songs from an album. Or even… like our cover of [LCD Soundsystem’s] “All my friends” or things like that. There are hundreds of them. I tend to be pretty picky when it comes to releases, and if I feel a song doesn’t meet the standards, I’d rather not release it than present it as some shitty version of what it is. should be. So some of the songs never came out because I felt the recordings weren’t good. But in hindsight, perhaps those versions should be released. Maybe as part of an album like this, it would be nice to release them. I may have been wrong then too—who knows—maybe I’m not judging.

On the new visual aesthetics of Franz Ferdinand

I really like Bob’s new look. I think it suits him really well. I think it’s fascinating how he made the transition from a cherub to an assassin.

We love the visual side of the band as much as the musical side of the band, and everything from the design of the artwork to the way the records are put together, to the videos and photographs. I love working on this kind of stuff. It was fun developing new ideas for these shoots. There’s a whole bunch of other photography coming out as well, kind of a game with some great visual stuff that we haven’t implemented yet.

There’s one that came out that I absolutely loved. We were trying to recreate the kind of composition you would find in a Renaissance painting. I’ve always loved going to a gallery like the Tate in London or the National Portrait Gallery, and seeing these huge Renaissance canvases, where you have all these figures. It’s usually some sort of biblical scene that they stage.

They look great and they kind of showcase all the characters. They are usually related to someone betraying or exposing John the Baptist’s head or whatever. And then the people are around them, and the way they portray the action, because they’re based on people posing in real life. They capture the action in a truly unrealistic way, but the lack of realism has added realism. There’s something “beyond realism” about them, which I absolutely loved.

I wanted to try to capture something like that, in the context of a photograph and that’s why we have, again, these absurd Renaissance poses.

In a career spanning more than 20 years that began with hardcore-influenced punk and ended with electro-pop tinged arena rock, Fall out Boy makes sure to never make the same album twice. One of the greatest bands to come out of the mid-2000s pop-punk scene, it is hard to underestimate the impact that patrick strain, […]

Ancient BURIAL members Max Cavalera and Igor “Iggor” Cavalera will perform pieces chosen from the group’s flagship songs “Under the Remains” and “Arise” albums touring the US this spring/summer. Join Max and igor on the trek will be mike leon of SOULFLY and Daniel Gonzalez of POSSESSES. In a new interview with Ghost Cult magazine, […]

Harry’s House and other new albums released in May 2022

From Korean boy group ENHYPEN’s DIMENSION: 閃光, specially designed for Japanese fans, to the global pop phenomenon and comeback solo album of One Direction alum Harry Styles Harry’s housewe take a look at eight upcoming albums due out in May 2022. With countless genres of music ranging from punk rock and rap to R&B, soul […]