Whatever genre they prefer, here are 10 albums everyone should listen to cover to cover, at least once, according to an AskReddit poll.

Reddit might be hell, but sometimes you find gems worth revisiting. When it comes to great music, you sit down and pay attention. A recent AskReddit thread on the website asked people the question: What album from over 20 years ago should everyone sit down, close their eyes and listen to from start to finish at least once in their lifetime, regardless of their usual musical tastes?

While the answers mentioned everything from Vivaldi Four Seasons at Marvin Gaye, we’ve rounded up some of the most notable mentions so you don’t have to. Here are 1o albums that everyone must listen to in their entirety, at least once in their life.

Often hailed as Massive Attack’s greatest album, Mezzanine marked a definitive break from the band’s earlier sound, stepping into darker territory built on a melting pot of sounds, from post-punk to reggae, prog-rock and funk.

Beyond the multicultural overhaul it brought to the global sound, Massive Attack also came with an irreversible transformation for the band itself. While the members had always had personality clashes, tensions during the album’s production were such that they recorded and promoted it separately, with Andrew “Mushroom” Vowles leaving the band altogether in 1999. 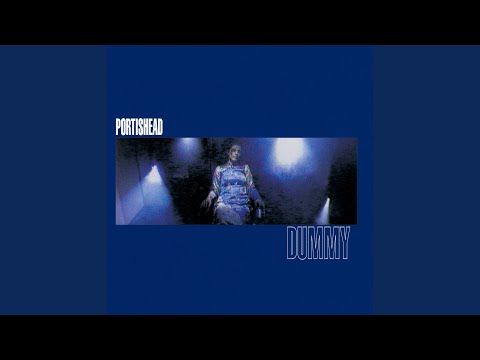 Chilling, dark, captivating and so unbearably sad – Portishead’s Dummy is considered the beginning of all beginnings. Marrying hip hop, blues, funk, jazz, dub and held together by the languid but heartbreaking voice of Beth Gibbons, Dummy was an album driven by deep emotional upheaval, bringing to life often suffocating grief.

Plus, as one Reddit user put it, “Besides being a simply great album, it’s also the best makeup music humanity has ever given us.”

Get the latest Live Music news, features, updates and giveaways straight to your inbox Learn more 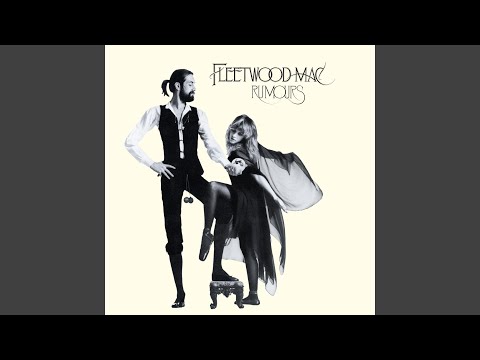 Thanks to Tiktok, Fleetwood Mac is enjoying a revival in recent years, especially with Gen-Z who have made it the soundtrack of their lost years. Even for Fleetwood Mac, however, Rumors remains a founding album, definitely “the most important album we’ve ever made”, according to Mick Fleetwood. With singles like ‘Go Your Own Way’, ‘Dreams’ ‘You Make Loving Fun’ and more, it’s on Rumors that Fleetwood Mac honed their signature pop-rock sound. 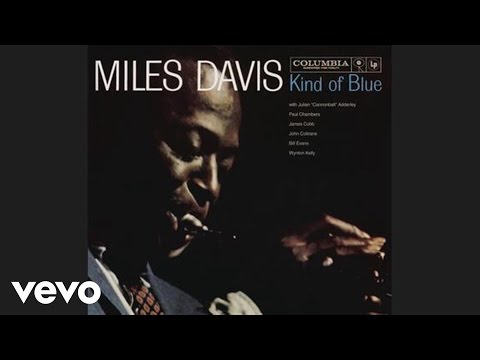 For many of us, jazz inspires both curiosity and hesitation, as we want to explore the genre but don’t know where to start. But as one comment on Reddit put it: “If you ever find yourself thinking, ‘I want to get into jazz but I don’t know where to start, kind of blue this is where you start. Even for Davis, kind of blue marked a departure from his usual style – unlike his usual hard-bop style on previous work, this one is entirely modality-based, giving him more room to breathe and improvise, creating a free and liberating effect all throughout the album. 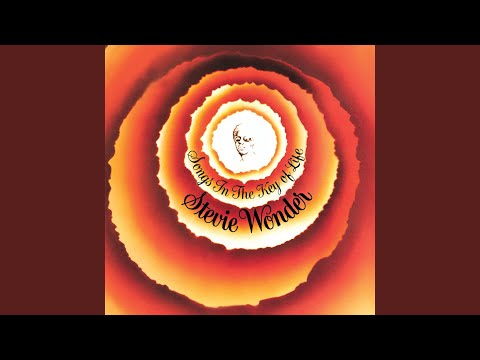 If you search on Google Songs in the key of life, the first question under the “People you ask” section says: “Why do you Songs in the key of life so good?” Maybe it’s because it was prefaced by Wonder’s time in the industry, or maybe it’s because of Wonder’s total artistic control through his deal with Motown, which ultimately resulted in a kaleidoscope of sounds on each track, all brought together under his genius vision.

We shudder to think that if Wonder had retired in 1975 as planned, we might have missed out on one of the greatest albums in modern history. 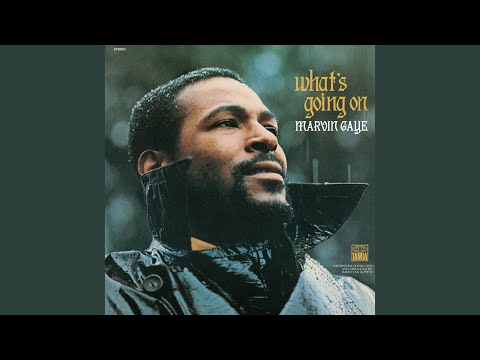 The first album on which Gaye was credited as a producer, socio-economic concepts on What is happening seem as relevant today as they were in 1971 in the aftermath of the Vietnam War. The best part, however, is not that it’s an awesome release from one of music’s greatest, but that it’s a sensitive, informed and heartwarming album that puts humanity in its center.

As Gaye explained in an interview with Rolling stone: “In 1969 or 1970, I started to re-evaluate my whole concept of what I wanted my music to say… I was very affected by the letters my brother sent me from Vietnam, as well as the social situation here at home. I realized that I had to put my own fantasies behind me if I wanted to write songs that would touch people’s souls. I wanted them to look at what was happening in the world. 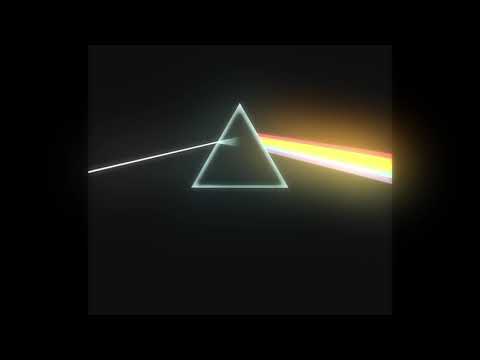 While people are generally split on which Pink Floyd albums are “skip-free” (the thread in question was torn The wall and The dark side of the moon), we simply cannot deny the influence The dark side of the moon had on contemporary music. Captivating, infuriating, suffocating, liberating – call it what you will, but Pink Floyd’s musical thesis on human life and nature remains one of the most informed pieces of music of all time. 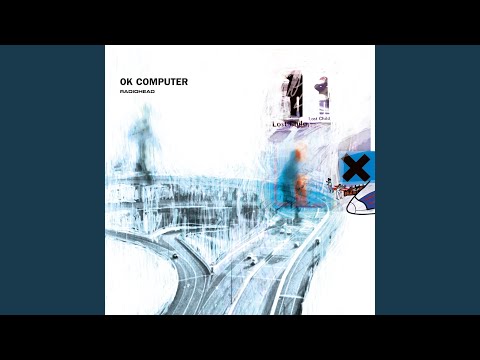 Say what you want about Radiohead, but the extensive and unconventional work on Ok Computer laid the groundwork for the act that Radiohead would become, making it a must-have for any fan. The general nihilism and apathy depicted through the album’s lyrics are heightened through the band’s unconventional recording techniques – one of which included recording on a staircase for natural reverb – rendering the horror and discouragement a little more tangible. 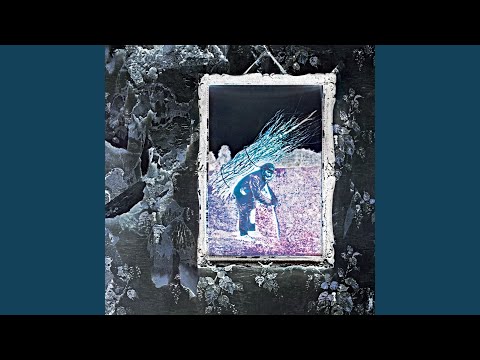 It’s hard to choose a good Led Zeppelin album, but Led Zeppelin IV is getting closer, in part because it seems like a glorious high point in the group’s growth. The genius lyrical work was maintained by the genres that Led Zeppelin had so strongly represented in their previous work – blues rock, heavy metal, rock & roll, folk – but none felt overwhelming, creating a masterpiece of an album often deserving of an act. counted among the greatest of all time. 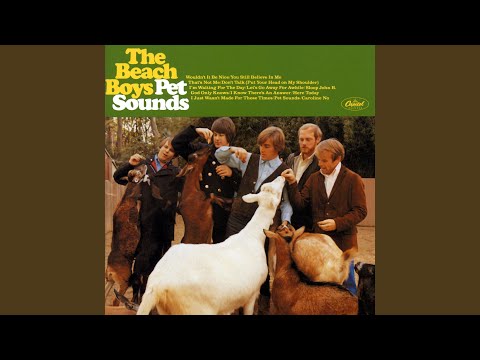 Brian Wilson wanted to create “the greatest rock album ever made” and, well, many would say he succeeded with Animal sounds. With elements of pop, jazz and classical combined with complex vocal harmonies, found sounds and instruments such as French horns, flutes and drink cans, animal sounds truly created an unprecedented experience in rock, unique in that an exact live reproduction was impossible.

As one of the tracks on the album says, it just wasn’t made for that era. It was far ahead.

Get unlimited access to the coverage that shapes our culture.

Following the end of Summer of Love, the rock scene began to go in different directions. In addition to people embracing bluesy sounds like Led Zeppelin and Aerosmith, you also had the emergence of what would soon become later metal with Black Sabbath and The Stooges. On the other side of the spectrum, the rock […]

In 1985, Digby Pearson started Earache Records from his bedroom in a shared house in Nottingham, as a way to champion bands in the burgeoning UK underground scene. Using money from the Thatcher government’s Enterprise Allowance Scheme – a scheme which offered unemployed workers £40 a week if they started their own business – Pearson […]

As 2022 comes to the halfway point, the year has already been rich with acclaimed music albums from various genres. Here are some of the best albums of 2022 (so far)! The Weeknd – “Dawn FM” (January 7) Courtesy of Pitchfork “Dawn FM” is the latest album by Abel Tesfaye (better known as “The Weeknd”) […]